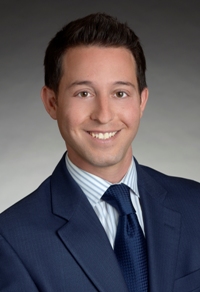 David’s practice includes the whole range of land use law, including local planning and zoning regulations and related environmental matters; State land use regulations, including the California Environmental Quality Act, the California Coastal Act, and the California Subdivision Map Act; the National Environmental Policy Act; and construction and architectural contracts. He has worked on a variety of major development projects across California and has extensive experience working with local jurisdictions and state, regional and federal agencies to secure regulatory approvals.

David has extensive expertise in the California Coastal Act. He has successfully represented some of the most complex projects in obtaining coastal development approvals from the California Coastal Commission, including for Poseidon Resources to develop the largest desalination facility in the western hemisphere in Carlsbad; Pacific Gas & Electric Company to replace its aging steam generators at Diablo Canyon Power Plant in San Luis Obispo; The J. Paul Getty Trust to renovate and expand the Getty Villa Museum in Pacific Palisades; and several complicated residential projects and enforcement matters.

David has represented several pro bono clients on land use and real estate matters, including Kidspace Children’s Museum, Junior Blind of America, Watts Cinema and Education Center, and The Geffen Playhouse. He is involved in a number of civic, community and charitable organizations, serving on the Green Advisory Council of the California League of Conservation Voters, the Board of Directors of the Valley Industry & Commerce Association and Co-Chair of its Land Use Committee, the Executive Committee for the Central City Association, and President of the Board of Directors of Fusion Futbol Club. David also has been a member of the Westside Urban Forum, the Real Estate and Construction Cabinet of the Los Angeles Jewish Federation, the Planning Committee for the USC Real Estate Law and Business Forum and served on the Board of Trustees of Orthopaedic Institute for Children.

David has been a frequent guest lecturer on land use and entitlement issues at the University of Southern California Gould School of Law, USC Real Estate Law and Business Forum, CLE International, Lorman Education Services, and the Los Angeles County Bar Association.

David achieved prominence early in his career, demonstrated with his selection in 2006 by the Central City Association for the annual Mover and Shaker Award for his work on L.A. Live, and being named to the Southern California Super Lawyers “Rising Stars” list from 2006-2011.