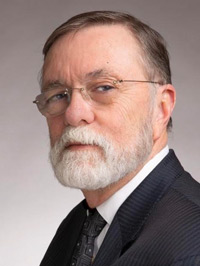 Bill specializes in all aspects of land use law and is widely recognized for his work with important entertainment and cultural venues, historic preservation law and affordable housing.

Over the years, Bill has been, and continues to be, involved in some of the most important land use projects in Southern California, including STAPLES Center, L.A. Live, the Academy Museum of Motion Pictures, and the large mixed-use City Market of LA. Bill’s experience also includes projects for educational institutions such as Emerson College, the only university dedicated exclusively to communication arts, on its Hollywood campus designed by Pritzker Prize-winning architect Thom Mayne, and Harvard-Westlake Middle School.

In the preservation field, Bill knows historic issues thoroughly from all sides through his diverse work with developers, government agencies and community interest groups. His work has included renovation or preservation of scores of important buildings, including the Coliseum, the Rose Bowl, Fox Studios, Union Station, the Greek Theater, old Vibiana Cathedral, Engine Co. No. 28, the Wiltern Theater, and the Century Plaza Hotel.

As an expert in CEQA and redevelopment, Bill has represented many developers and property owners seeking approval and market rate housing, cultural venues, and economic development and community revitalization projects. One current project is the large mixed-use project that would redevelop the old MWD headquarters sites. He has worked on a large number of hotel projects, including some using hotel tax rebates. Given the complexity of some of his projects, Bill has become a leader in seeking development rights for his clients through the use of specific plans and other creative flexible entitlements, including signage rights for the Academy Museum, the Convention and Event Center project and L.A. Live. In his affordable housing work, Bill has assisted a number of clients in creative tools and entitlements for mixed income projects, including Playa Capital and NBC Universal.

From his background in working with community organizations, Bill has been acknowledged for successfully resolving many contentious disputes through creative settlement agreements.  His work on behalf of Majestic Realty in settling the dispute over the Cornfields project has been the subject of journal articles and seminars.  In some instances, Bill has helped avoid opposition and gain support for projects through community benefits agreements, such as with L.A.

Live and The Fig, which is a mixed-use project across from Exposition Park.The Daily Journal named Bill one of the Top 50 Development Lawyers in 2014, a Top Land Use Leader in 2011, and one of California’s Top Real Estate Attorneys in 2012. In 2007, Bill was named Land Use Lawyer of the Year by California Lawyer Magazine.He was also honored as California Preservationist of the Year in 1996.

Throughout his career, Bill has founded or been active in a number of non-profit groups.  He was the founding president of two organizations: the Hollywood Community Housing Corporation and Vibiana Arts Project.  In 1992, he served as President of the Board of California Preservation Foundation.  He has served on the board of Directors of Partners for Sacred Places, Shelter Partnership, LA Community Design Center, Homeless Health Care of Los Angeles and Equality California. Bill regularly presents seminars on CEQA, historic preservation, historic and low-income housing tax credits, and other reuse incentives.

He is also the author of a number of publications, including a case study guide booklet, “Affordable Housing Through Historic Preservation,” published jointly by the National Park Service and the National Trust for Historic Preservation. His journal article, “Low Income and Rehabilitation Tax Credits in An Increasing Tax Rate Environment,” was presented at the 1994 USC Federal Tax Institute. Bill was a Regent Scholar at the University of California Irvine where he graduated summa cum laude in 1976.  He received his J.D. from UCLA in 1984.  During his career spanning 35 years, Bill has worked in a variety of roles including general counsel to a developer and founder of a leading historic preservation consulting company. Prior to joining Armbruster Goldsmith & Delvac LLP, Bill was a senior partner at Latham & Watkins LLP.